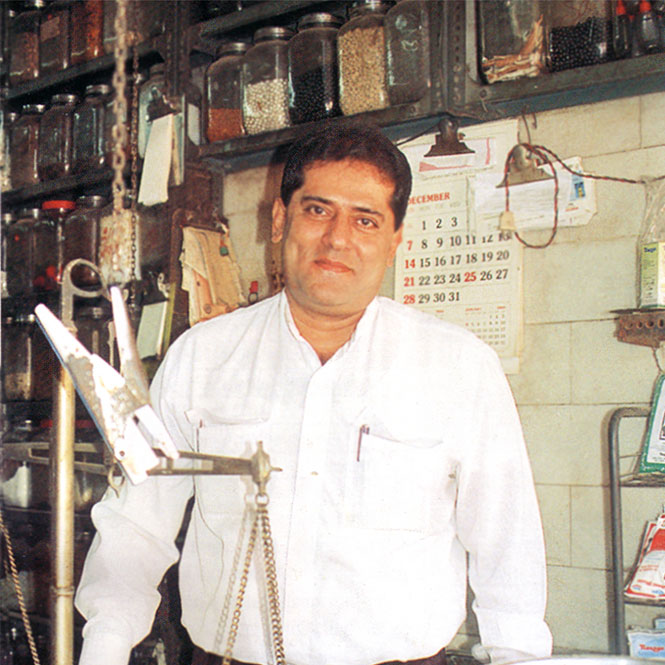 Sandwiched between a mosque and a Jain temple at Pydhonie in Bombay, is Mohammed Ebrahim Gandhi, an 90-year-old shop that deals exclusively in 650 herbs and herbal remedies.

It was started in 1907, by Mohammed Ebrahim Gandhi (thus the name) who had an amzing knowledge of herbs and their use. But since 1979, his grandson Yusuf has been managing the business. “The roots, leaves and bark of any plant is ayurvedic while the flowers and fruits are unani.”Due to growing demand of Ayurvedic herbal medicine, Yusuf has started his export division as a named "RAXSON EXPORT". Step into the shop and strange smells engulf you-sweet, sour and pungent. The interiors are packed with roots, barks, leaves, powders and strange-looking grains, From the ceiling hang plastic bags filled with herbal assortments. The shop assistants carefully weigh the herbs and pack them into transparent plastic packers. No fancy sales talk here, just brisk selling.

So if you have any problems just check the herbal way at Mohammed Ebrahim Gandhi, Pydhonie, Mumbai.